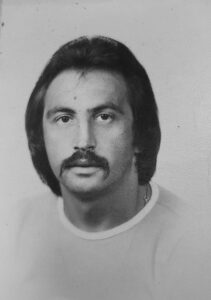 Ratomir (known to most as “Rade” or ”Rudy”) was born on September 28th, 1941, to the late Milentije and late Bosiljka Marković in the village of Bublica, in the Leskovac district of Serbia. During WWII, his father Milentije was taken prisoner by Bulgarian occupying forces, and later transferred to German custody and taken to Germany proper. After the war, his father moved to Cleveland, OH, in the United States, to work and send money home to the family. Ratomir was raised by his mother, grandmother Jovanka, and grandfather Sotir, alongside his older sister Dragica.

From the age of 7, Ratomir continued his schooling in Belgrade. He finished through college (Viša Ekonomska) with a degree in economics. He then worked for a time as a journalist and on radio. After visits to the U.S.A. as part of a delegation of journalists from Yugoslavia, he decided to emigrate to the United States and make a life there. In the late 1960s, he left Yugoslavia for good and settled first in Cleveland, OH, to be near his father. In this early phase of his life, he was passionate about soccer and played in local Serbian leagues, something that would continue for over a decade after his arrival to the U.S.

After a time in Cleveland, Ratomir decided to move to Chicago instead and try his luck there. As he established himself in the city, he met his future spouse Marija (Borkovich). They were married in 1974 at Žiča Monastery in Serbia. Their son Alex was born in 1984, followed in 1986 by their daughter Stefanija. 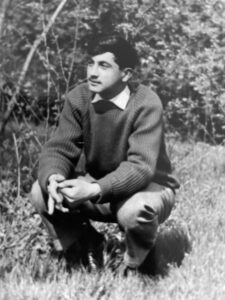 By the mid 1980s, after years of working in real estate, he started his own firm – Realty Network, Inc. – which he would grow and maintain for the rest of his life. He enjoyed the work immensely, not least because he liked meeting people and helping them to find the homes and services they needed. He was proud of maintaining strong connections to the Serbian community in Chicago, whether it be through the church, social networks, or business connections.

He worked at the same pace and intensity for nearly four decades, right up until his cancer diagnosis in early September 2021. After a brief but intense illness, Ratomir “Rade” Marković passed away on January 5th, 2022. May he have Memory Eternal.

DISTRIBUTION AND ACCOUNTING OF MEMORIAL AND ENDOWMENT FUNDS